In November 2016 we arranged a trip for ourselves and three friends to the Canary Islands. The main goals of the trip were to take a diving course, take a surf course, go rock climbing and ascend the El Teide volcano. We reached all those goals and had a blast!

The following day the four of us started the PADI Open Water Diver course while R. went to start his windsurfing course instead. We needed to of course first go through a thorough medical test but that had all been arranged for us. Over the next couple of days we kept diving during daytime and wandering around town in the evenings. Sadly the last day of R.’s windsurf course was cancelled due to bad weather. The diving course was amazing and we all fell in love with diving – what a different world it is! 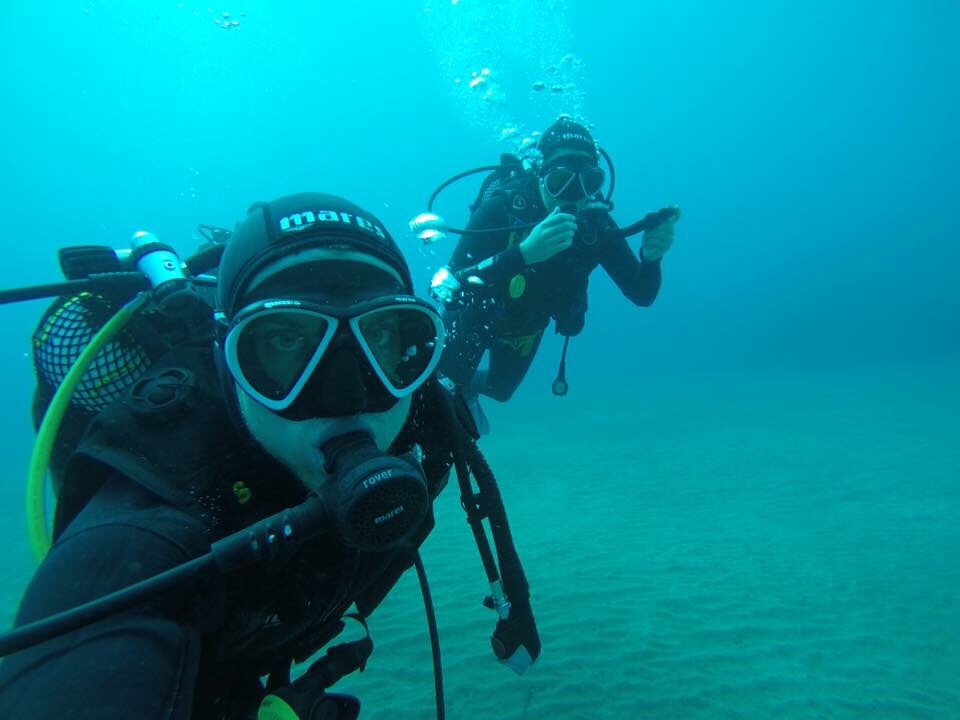 The next two days were filled by a surf course for beginners. And let me tell you – surfing is hard! By the end of day two I was hurting all over. Kristians, of course, was doing the best out of all of us – as he does with everything new he tries.

On the following day we rented a car and drove out of town to check out the sand dunes in Maspalomas. We ended up doing quite a hike there as it was not easy to go up and down the dunes. But it was worth it. 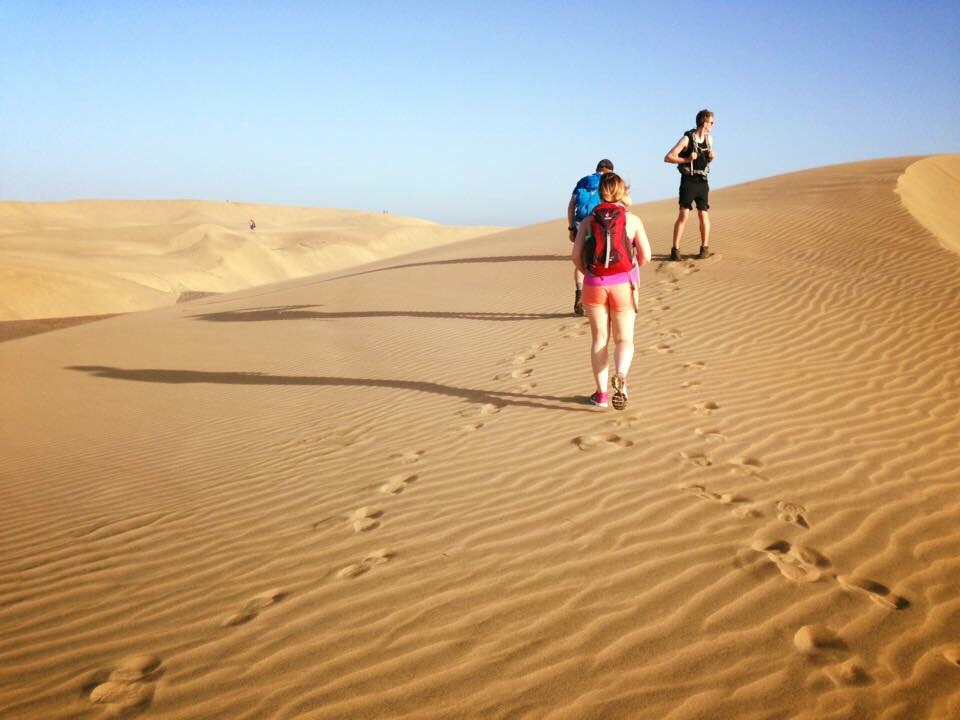 We then drove up to Roque Nublo – a fantastic natural location where we enjoyed the views, hiked a bit and did some rock climbing.

For our last full day on Gran Canaria we took the car to the Tamadaba Natural Park on the North-Western side of the island. We had read about an amazing Via Ferrata route located there. We set off into the hills based on the directions from an online article and kept looking. After an hour of climbing we reached a plateau and realized the route was actually supposed to be near to where we started from. So we descended and found the correct spot – but after a thorough investigation of the area we realized (based on some bolts and metal ladders) the route had been taken down (as was later confirmed by a hard to find note on the bottom of some website). We were disappointed but decided to hike up (again!) to the top and hike around instead. The views and trail were amazing but because we didn’t want to hike the same route back down again we ended up making our own bushwhacking trail down. This day was a bit of a letdown but we adjusted our goals and ended up having a great time.

After the hike we took the car to Agaete and waited for our ferry to Tenerife, where we had another AirBnB booked. The ferry was of course late but we spent our time wandering around the pier and chatting about all sorts of things.

We spent our first two days in Tenerife by going into the countryside to find gems – climbing crags! We ended up visiting two sites, one was next to a town and another in a sort of a canyon. We met a bunch of other climbers, climbed hard and enjoyed ourselves. Tenerife is a great destination for a climbing holiday and we had chosen a good time as it didn’t get too hot during daytime.

After all this was done we concentrated on our final goal: climbing the Teide volcano (3718m). The road to the base of Teide is already a wonderful journey on its own with all the pine forests and insane views.

We parked our car at the base of the volcano and set off on foot. After the first bit to the trailhead we taped our hotspots and started ascending.

The route is a loose red gravel track up until maybe one third of the volcano and then it turns into a bouldery, steep single-track. There are amazing views all around because there are no trees or forests anywhere close to the volcano – it feels more like a desert. After maybe three hours of climbing (including a lunch break) we reached the Rifugio where I had booked beds for us. We headed to bed early after dinner because of the early wake up the next morning. The goal was to make it to the summit by sunrise.

So we woke at about 3am and started hiking – it was freezing cold but the sky was clear and the view to the city lights down by the coast amazing. Around the peak you could also smell the volcanic fumes and see them form little clouds in the cold air. It was in total maybe an hour of climbing.

We made it to the peak about 20min before the sunrise – we proceeded by taking a lot of photos of the insane surroundings and by trying to stay warm.

The volcano cast a long pyramid-shaped shadow as the sun started to come out. We enjoyed the view for a bit but then had to go down to simply not freeze. After warming up a bit we took the cable car down and drove back to our AirBnB in Santa Cruz.

The next morning we flew all to our different homes, having made memories of a lifetime.