The wind had calmed down over the night and we woke up without our tent shaking wildly like it did when we were going to sleep, which was nice of course. In the beginning it also didn’t feel as cold, which was probably the result of the wind not blasting at us. But it also was even more cloudy than yesterday and some clouds looked very much like rain clouds.

Even though we woke up around the same time as the day before we managed to get going around 40 minutes earlier, it is always nice to get going earlier. For today’s agenda we had planned a 20 mile (32km) hike to the hunter’s hut in the mountains (McIver’s Cabin), where we could spend the night. The next day we could then finish this leg with an easy 7 mile (11,2km) hike in the morning.

A small drizzle started not long after we started to hike. With the rain also came some more wind which meant: rain pants on! As the uphill started the weather became very annoying: it was raining and windy while the sun was shining and going uphill in the rain pants when it’s not really cold meant still being wet from the inside so…rain pants off!

When we reached the first ridge of the day we could see some pretty treacherous looking clouds in the distance behind us, which was the valley we came through yesterday. We thought of our tramily and that they are probably having tough times now, but we sent them telepathic guidance and blessings as there was no phone signal. It was hard to tell which way those clouds were moving as the wind was very omnidirectional. We finally reached the water cache, but only Stiina needed a half bottle to refill. In cold weather I can hike 20 miles and only drink a cup of water, which is nice as I don’t need to carry as much water. I, however, haven’t taken advantage of this yet as I rather carry some extra for contingency. 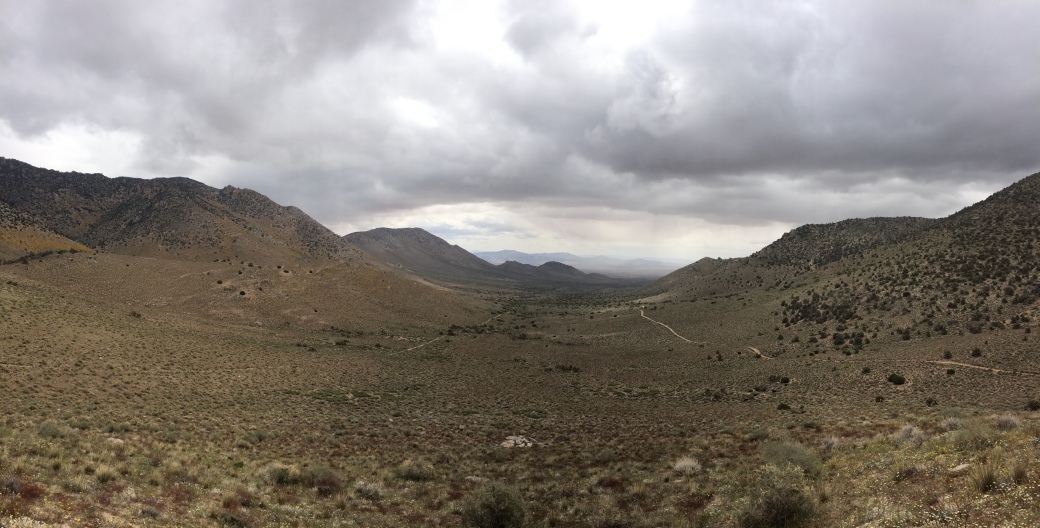 It wasn’t very warm at the water cache and by that time the wind and rain made it pretty much a “move or freeze” situation so we quickly went on. A 500 meter ascent was right ahead and as we attacked it rather rapidly it yielded and felt pretty easy (the switchbacks had the perfect gradient). The cold finally came to our advantage, but not for long: once we got to the top it started snowing! While we were still on the ridge the wet snow and wind made us wet and cold pretty fast so the only way to survive was to keep moving; that meant no lunch break for us, yaai! 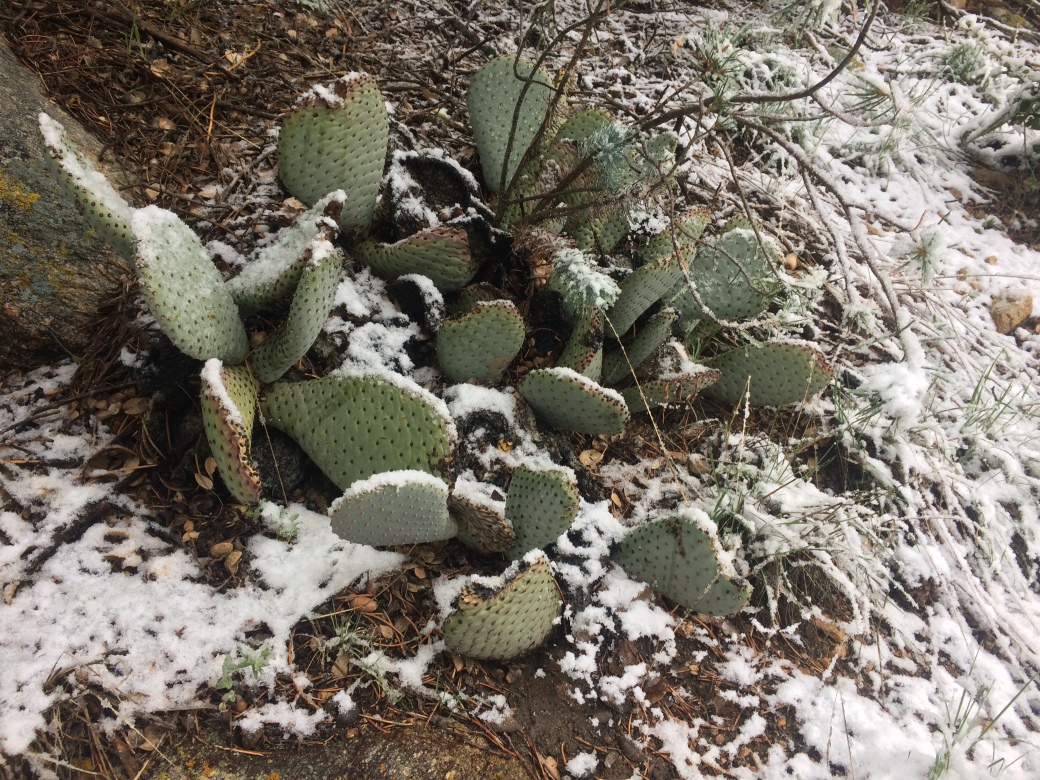 After a few kilometers we reached a very nice forest. What made it especially nice was that there was no wind. The snow on the other hand only got harder and it stopped melting as soon as it landed and instead it started to pile up. Within an hour of walking through the forest there was already a few centimeters of snow in the places where the tree canopy allowed it to fall into the ground. Even though it was slightly chilly due to the very wet shoes and the damp clothes the walk in the snowy forest was truly enjoyable. This winter we missed out on a real winter with snow due to being in Central America so therefore we really enjoyed finally getting some snow on us. I am not sure, though, if cactus got the same joy when the snow covered it; quite an unusual sight.

What made the last couple of kilometers to the hut not that fun was the missing lunch break and a road walk on a very muddy and slippery road. Nevertheless, we made it to the hut and while approaching we could already see the smoke coming out of the chimney, which meant that obviously someone is inside and that there is a wooden stove gor warmth and that we will be able to dry our wet clothes. Sweet.

Inside we met a Canadian guy called “Snakebite” and so we spent the evening talking, drying our wet stuff and eating, which was lovley, especially with the wooden furnace heating up the space around us. A bit before our bedtime our new trail friend, Calculus, also arrived and made the evening even more cozy.