After yesterday’s long distance hike with light packs we could actually still feel it in our joints and bones and even a slight muscle pain had appeared. Anyway, on the PCT it works kind of in a weird way: you are totally bummed out in the evening but you wake up the next day a little bit sore and you are just loving it and can’t wait to start the hike again. 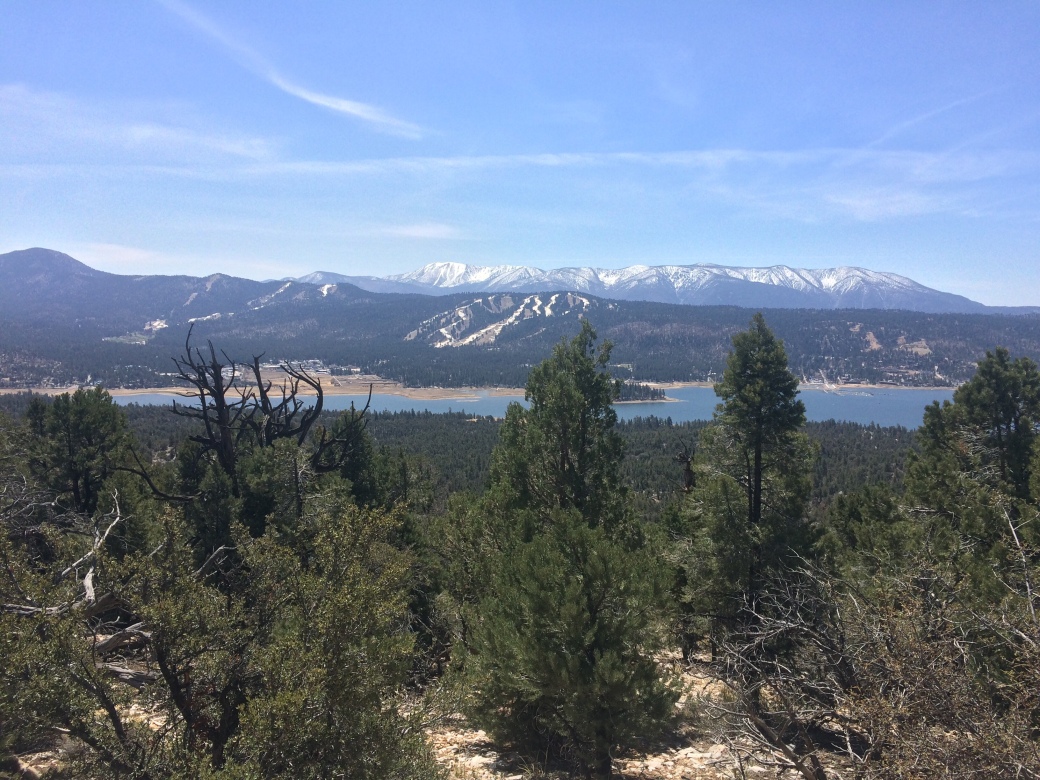 We stayed that night again at the trail angels’ Papa Smurf and Mountain Mama. They had already learned from the evening before that we are a bunch of weirdos a.k.a. vegans and additionally 2 other vegans had arrived. So the breakfast was made very vegan friendly, which was nice. I had a proper meal for breakfast: potato with vegan sausage and patty and crackers plus some fruits and a bowl of oatmeal with chocolate syrup. Calories for the full day (more about that later). As the trail angels gathered everyone’s intel regarding the objectives for the day, we made it clear that we are in no rush and will be glad to get going whenever everyone else had been delivered to their own objective. After a few hours of charades, comedy and Shenanigans we headed off to the trail at around 10:30. We picked up some water to refill the water cache at the Van Dusen valley road intersection. We also picked up another hiker, Farwalker, to help her get to the trailhead that we reached yesterday when we followed the road down to the gate, a 3,2km/2mi of descent. Now we were happy that the gate was open and we could skip the unnecessary uphill hike, which was not even part of the PCT. Once at the destination, we unloaded our super heavy packs and water, I think my backpack was around 24kg (~53lbs) and Stiina’s was approximately as heavy as during the full capacity water carry, which was around 18kg (~40lbs). We said goodbyes to our trail angel Mountain Mama, put our packs on and proceeded with the hike slowly to keep us going for the whole day, considering the heavy weights on our backs.

After around 3 hours of walking through a gorgeous and calm pine forest filled with cheerful bird songs all around and with multiple wee breaks, photo breaks and other cinematography, we started to get hungry and had to look for a place to have our well-deserved break. But at this point we were going through a big forest that had burned completely down many years ago and now there was only green bushes all around but no shade where to hide from the sun to enjoy lunch without being microwaved. After more than half an hour extra walk than our agreed time for the lunch break we finally reached the Little Bear Spring trail camp. The hunger by that time had made us forget that we even had breakfast, the heavy packs made sure we burn through our fuel tanks faster. We had our lunch and as we had just come out of the town and weighing really heavy meant that we had a lot of food with us: Clif Bars, crackers, chips, pretzels, apples, tangerines and cookies. We enjoyed being there so much that we ended up sitting there for around 2 hours just eating, snacking and resting. However, we still wanted to reach our objective of 24km (15mi) that day. We had already done 11 and thought that a couple of hour easy walk will be no problem for us. We left the camp and continued down into the valley, where huge boulders decorated its walls and the silhouettes of big mountains painted the background. It was a very beautiful evening walk, but when we reached the last possible water refill before our desired camp we decided that we will instead walk 3,2km (2mi) extra to reach the next camp which had water, meaning that we didn’t have to dry camp and carry a lot of water with. As we could walk a little bit faster with slightly lighter backpacks, we reached the camp when it was still light outside but already in the shadow of the west wall of the valley. The usual setting-up-the-camp-procedures were done with great efficiency and speed and we could still enjoy the dinner before it went completely dark.

It was dark when we had finished with everything and were brushing our teeth before the “bed”. However, it’s never really dark, dark on a clear night because there is the moon and there are stars and the falling stars and it’s an amazing natural light show. 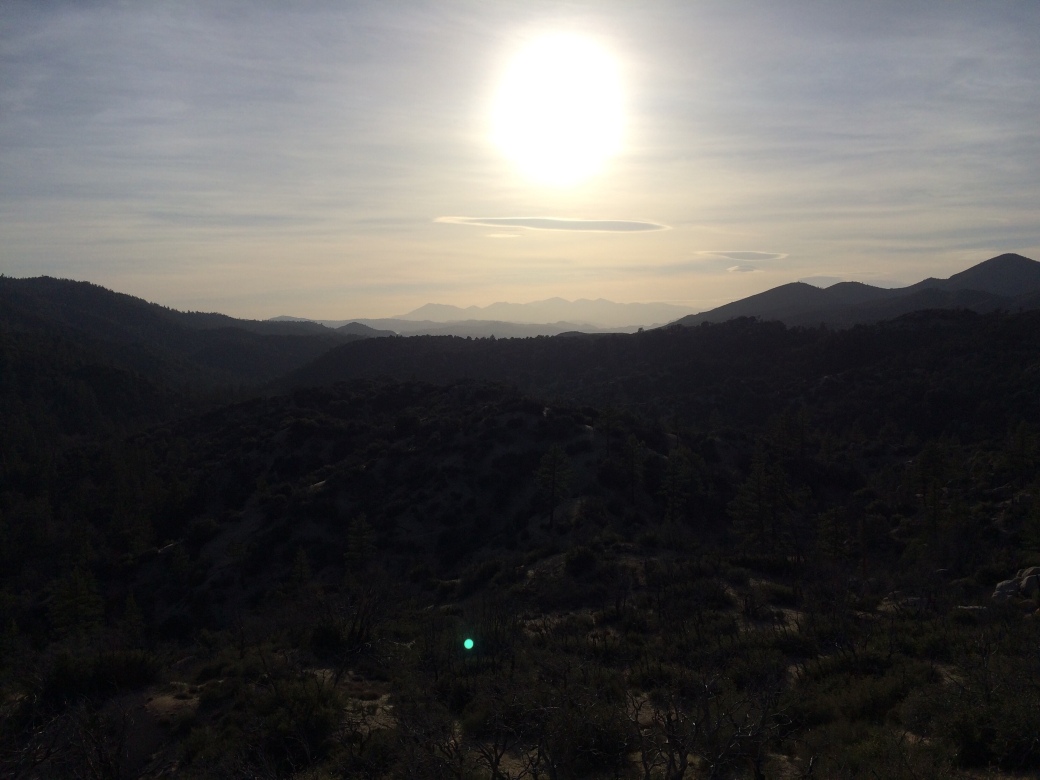 We went to “bed” and proceeded to discuss our plans for tomorrow, hoping that we could reach the 25km (15mi) far hot springs by the evening and spend the evening and the morning the day after boiling ourselves. Who knows – maybe we’ll even get clean? Well, we will do what we can to stick to the plan, but we’ll see what tomorrow brings. Very high winds and a bit lower temperatures were forecast for tomorrow and the day after. The promised wind would gust at 96km/h (60mi/h) to 128km/h (80mi/h) and they were even kind enough to remind us that none of the tents, especially the light weight ones which everyone has, will have no chance against so strong winds. 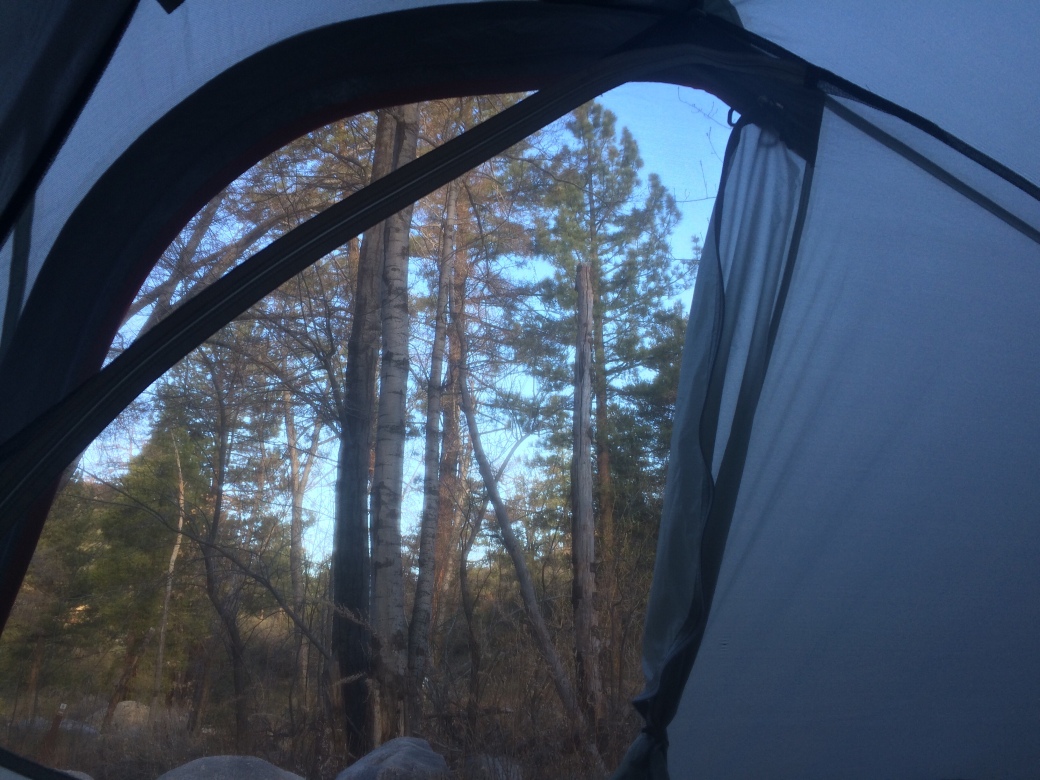 Our contingency plan in case the things go South and we don’t find a protected enough place for our tent is to just cowboy camp, which means just a sleeping bag with you inside it on top of a tarp, a mattass or the footprint of your tent. You either look like a taco or like two sausages on the tortilla in case it’s two of you cowboys on one tarp or a footprint. Well, things you do to stay alive…

But sometimes, if nature wants to laugh at you, just let her do it, you can’t win that fight so at least enjoy the punching. But we have already established a long time ago that life is suffering and if it’s easy you are doing something wrong. Anyhow, take it with a grain of salt and see you out there! 🙂