We woke up at 6, had a quick breakfast and then drove out to the southern terminus of the trail. The skies towards the west looked ominous and big rain was forecast for today, but it wasn’t clear when it would actually start. 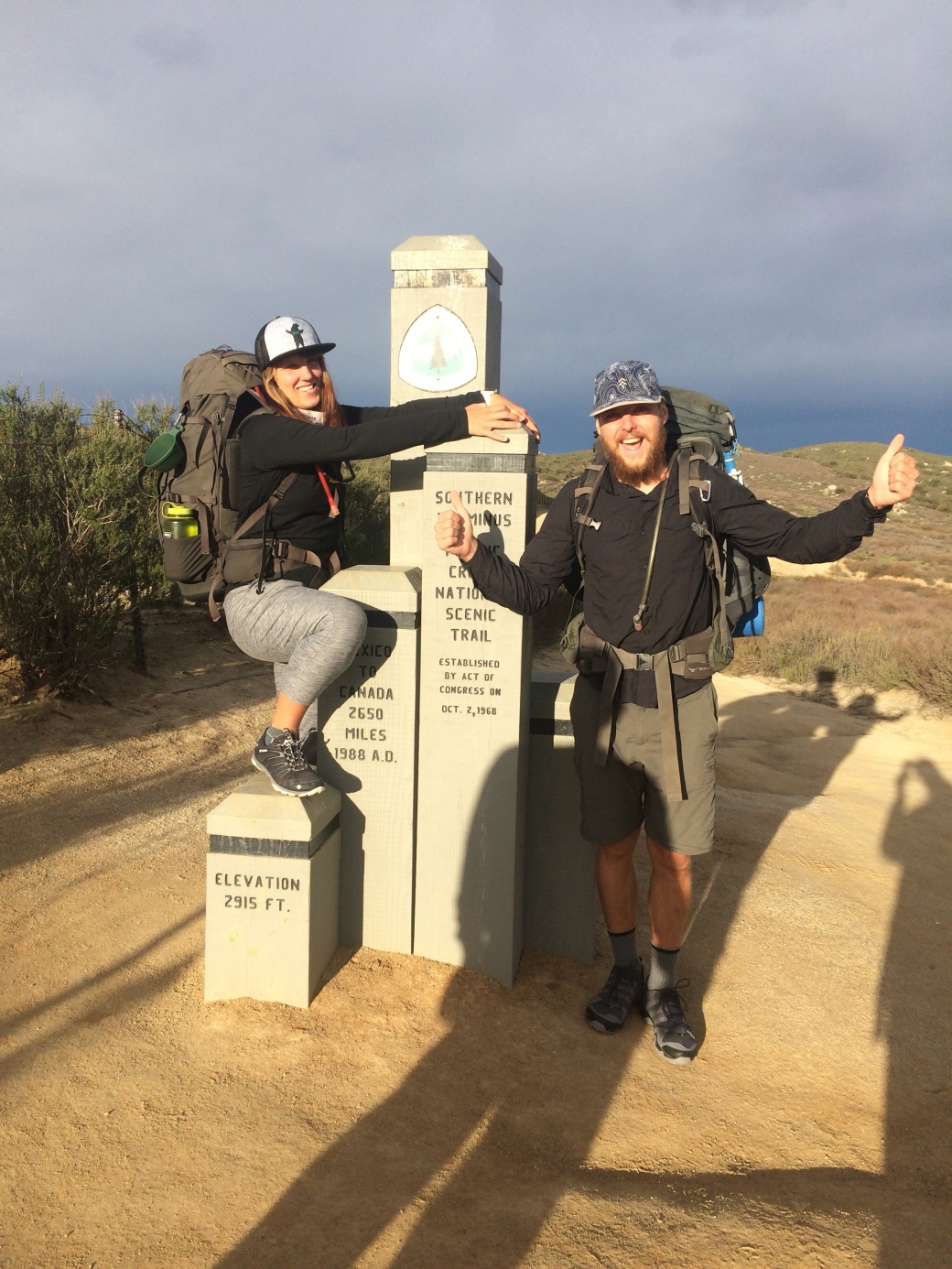 We took all the necessary photos, touched the Mexican border and wrote into the trail log. After saying our goodbyes to the trail angels we set sail with three other hikers at around 8:15.

The weather was good – no real wind, not too hot and not cold either. After the initial jokes and chatter we quickly got used to the rythm and walked pretty much in silence, admiring the views.

Everything went smooth, we passed our first water source at mile 4.4 and continued until suddenly, at mile 6, Kristians jumped back and shouted: “Snake! Guys, get back!” He almost stepped on this quite large rattle snake that was warming up in the sun in the middle of the path. It looked rather agitated right away and didn’t want to move off the path. Kristians tried to shoo it from a distance and it kind of worked – the snake started to move up over the path while remaining in an S shape, ready to strike any second. So we waited until it slowly squiggled off the path and then walked by it, keeping at a least couple of meters distance. That really woke everyone up and we were more aware of the possible dangers on the trail. We continued for a few more miles and then had our half an hour lunch break with a beautiful view of the valley below.

By that time a blister had already started forming on Kristians’ left foot so he had to tape it – bad shoes. After lunch the only action that we had was walking, walking and more walking; however, all the beautiful nature surrounding us made the thoughts of muscle soreness go away. We finally reached the plan for the day: a nice spot to set up our tents at mile 15.4 (the next water source, however, is five miles away). It was only around 15:30 but it already felt like evening.

We set up our tent and started cooking dinner right away. Delicious quinoa-rice with garlic, instant hummus and tortillas plus Kristians had a can of black beans – a filling and nutritious meal. After that we took a trail shower which means wiping the important areas of your body with wet wipes. We hanged out a bit with the other hikers and then went to lay down and stretch in our tent until it was time to sleep.

That was our first day on the PCT.